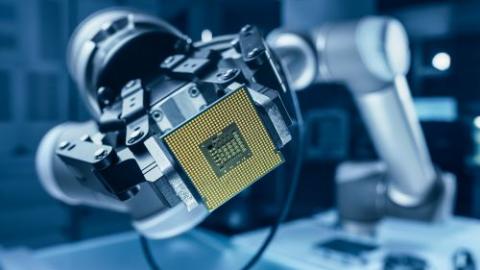 There was a time when collecting stamps in an album or pinning the dried thorax of insects under glass were considered to be admirable pastimes - the pursuance of which lent an air of sophistication to the practitioner (or at the very least, made them mildly interesting in the eyes of others).

Fast-forward about a hundred years or so to today and chances are slim you’ll find a bespectacled hobbyist cloistered in a dusty room, diligently curating a boring old stamp or bug collection. These days, it’s far more likely you’ll find the clever hobbyist toying with robotics in his or her own garage, and for good reason.
At the risk of perpetuating a tired cliché, technology is the future – it therefore should come as no surprise that the hobbies we’ve come to enjoy align with this truth.

A Surge In Popularity
Pop-culture has certainly played a significant role in the rise of the amateur roboteur – television programs like Battlebots have shown the masses just how cool robots can be (provided they come equipped with flamethrowers and saw blades). Levity aside, it was these programs that spawned an interest in robotics and subsequently helped a great many people realize the transformative, real world applications robots could have on our daily lives.

From The Very Big To The Very Small
Robots, as we’ve come to know them, are mainly used as large staples in the manufacturing industry - able to shape raw materials with ease, weld tirelessly day in and day out, and perform all types of heavy manual labor that would simply exhaust a human workforce.

But the advancement in robotics goes beyond the development of the hulking behemoths that have overtaken the factory floor; micro-robots too, are making a big impact in business. Think about the army of product retrieving robots over at Amazon that work alongside humans to get your parcels out on time – or the robots that will soon be found in offices the world over can be taught to complete dozens of tasks as opposed to being programmed to complete just one.
All this innovation, all this advancement began with the robot hobbyist.

Robotics: A Stalwart Career In Any Economy
It’s no secret that the world has had a difficult time these last few years - economically speaking. In fact, entire countries have teetered on complete financial collapse, something that is quite rare in this day and age.

Jobs can disappear to markets where comparable labor costs pennies on the dollar, budgets can get cut at the drop of a hat, and positions can be absorbed into other roles; it’s no wonder people don’t feel particularly secure in their employment. Robotics it seems is one of the few fields benefiting from job creation in this era of conservatism.

As of 2010, the worldwide robotic population numbered roughly 8.6 million robots; a number that has since shown no hint of slowing down. The reason being is that we’ve only just begun to scratch the surface when it comes to figuring out ways for robots to make our lives easier. When it comes to robotic applications, the sky's the limit – but even then, it really isn’t – because robots will likely one day be used to harvest materials from other planets or asteroids – a task that will be decidedly too dangerous for any human to undertake.

Don’t Miss Out On The Opportunities
If your love of robots leads you to do nothing more than continue to tinker with technology, that’s okay – but know that just because robotics has up to now only been a hobby, doesn’t mean it can’t turn into a lucrative career.

Traditionally, post-secondary studies can be a financial strain. But if the passion for robotics resides within you, you can test the waters by enrolling in an online technical program. George Brown College’s technical certificate programs cost approximately seventeen hundred dollars and can give you an introduction into the expansive world of careers like robotic technician or PLC programmer. Remember – the most rewarding careers are the ones that you love doing; so if you have the opportunity to turn a hobby into a career that could potentially see you revolutionizing the world we live in – isn’t it worth looking into?

The Benefits of Home Study