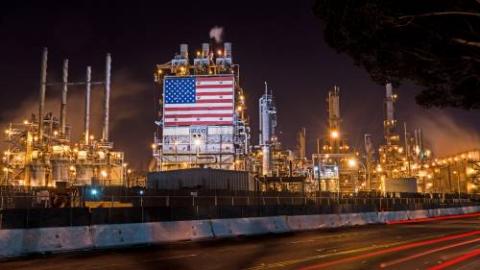 The Top 10 US Manufacturing States

The global COVID-19 pandemic saw a massive shift in US manufacturing, with some industries seeing an increase in demand, and others experiencing a sharp decline. With manufacturers slowly patching up disrupted supply chains and lockdowns being lifted, more factories are seeing an increase in open positions and innovations. The US manufacturing industry is a powerhouse and evolves rapidly. With over 11.7 million employees and the manufacturing sector accounting for 11% of the country’s GDP, it’s an integral part of the economy. You might be wondering “where are the best places for manufacturing jobs in the US?” We’ve compiled a list of the largest industrial cities in the US so you can stay in the know.

It’s clear that the US is experiencing a manufacturing renaissance at the moment. Here are the top 10 industrial states to look out for:

The West Coast sports several large, dominant industries and is the gatekeeper for international trade. California, Oregon, and Washington have the major ports for trade between the United States and Asia that support the exchange of goods, ranging from American agricultural products to Asian manufactured products.

In 2016, California unseated Texas as the top IW US 500 manufacturing state, in which the the biggest manufacturers in California together contributed $881 billion to the state's coffers. Major tech companies in Silicon Valley, being the epicentre of the tech boom, contributed the rapid economic output the West has seen in the last years. These tech companies include Amazon, Microsoft Corporation, and the Boeing Company. 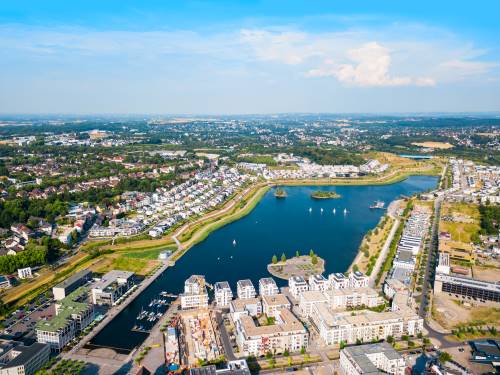 After California, Texas is the second largest manufacturing state in America with over 1.2 million workers, or about 13% of the entire US workforce. Houston is a major player in the manufacturing game, with 3,504 companies employing over a quarter of a million people. Although it was once seen as a primarily oil and gas city, Houston has evolved to incorporate so much more, including aerospace and aviation, digital technology, and biotechnology. 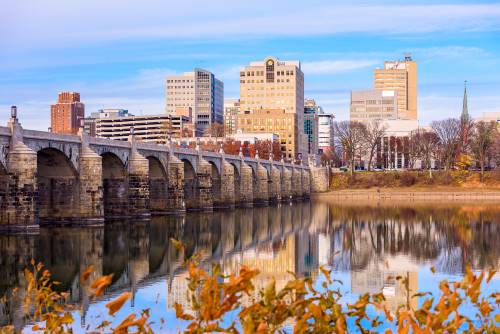 The United States will supply much of the world's growing demand for oil over the next five years, as it prepares to export 5 million barrels a day around the world by 2023, including large markets in Asia, specifically China and Japan.

The new pipelines that will unleash rich reserves of shale gas in Pennsylvania, West Virginia and Ohio is responsible the natural gas boom. According to the U.S. Energy Information Administration (EIA), those states could supply a third of all U.S. natural gas once the pipeline expansion is complete, up from about 25 percent compared to 2017.

Among the largest projects under construction are Energy Transfer Partners LP’s (ETP) Rover; TransCanada Corp’s Leach XPress; and Williams Cos Inc’s Atlantic Sunrise. Those lines will move gas out of these shale basins to markets in Canada, the U.S. Midwest and Southeast, including expected connections to Gulf Coast export terminals.

Ohio specifically is a trending hot spot for manufacturing jobs, with Cincinnati being its largest producer of jobs. GE Aviation Systems employs about 6,500 workers, and the city as a whole is home to 1,113 manufacturing companies.

Elkhart, Indiana saw a major increase in jobs in 2019 that managed to be sustained throughout the pandemic. With 584% more jobs produced per capita than any other city in the US that year, Elkhart is a strong contender. The city saw a manufacturing output of $9.1 billion while manufacturing employment grew by 2.1%.

Columbus Indiana, although a relatively small city, has a massive manufacturing sector with close to 38% of the people working there employed in manufacturing.

The Midwest as a whole has seen a lot of manufacturers setting up shop thanks to their proximity to Asian markets and their skilled workforce.

Some firms in Pittsburgh are also leading the way in advanced manufacturing. For instance, control system design manufacturer Boss Controls produces smart plugs that enable property owners to track energy consumption patterns. As a result, instead of building a new billion dollar power plant, utility companies have begun to incentivize end-users who reduce their energy consumption even down to the device level.

South Carolina lost a lot of manufacturing jobs with NAFTA, but now it’s experiencing a resurgence, which started with the arrival of an advanced Boeing plant in 2007. Its universities and skilled workforce make it a perfect location for advanced manufacturing. Since 2007, twice as many people work in transportation as in textiles and apparel, making it South Carolina's largest manufacturing sector. As of 2019, there was an average of 256,000 manufacturing employees in South Carolina, with an average annual compensation of $74,784.32 with growth continuing on.

Neighbouring Georgia with it’s new Kia plant is also another example of southern state that is attracting new investment. Georgia has made a run for a number of car plants recently, including Toyota and Mazda joint venture to build a factory in this southeastern state. In 2017, Site Selection magazine even announced Georgia as the top state to do business for a fifth straight year.  Manufacturing is still thriving in Georgia with the most fruitful sectors being food and beverage, chemical products, paper products, and transportation equipment.

Manufacturing Is Here to Stay

Manufacturing is rooted within the US and is only showing an increase in demand, wages, and opportunities. After years of decline, new technologies like robotics and industry 4.0 are making sure America can compete with global heavyweights like Japan, China & Germany. The growth, however, is still not uniform across the country, but concentrated in certain areas like the top 10 industrial cities stated above.

These regions are the best places for manufacturing jobs or any looking to join the manufacturing sector. The demand isn’t necessarily for manual labour, but rather skilled technicians — such as robotics technicians and automation technicians — who can operate more advanced technical systems. Fortunately, with online industrial training, industry professionals can easily update their skills and prepare for an automated future in the largest industrial cities in the US.